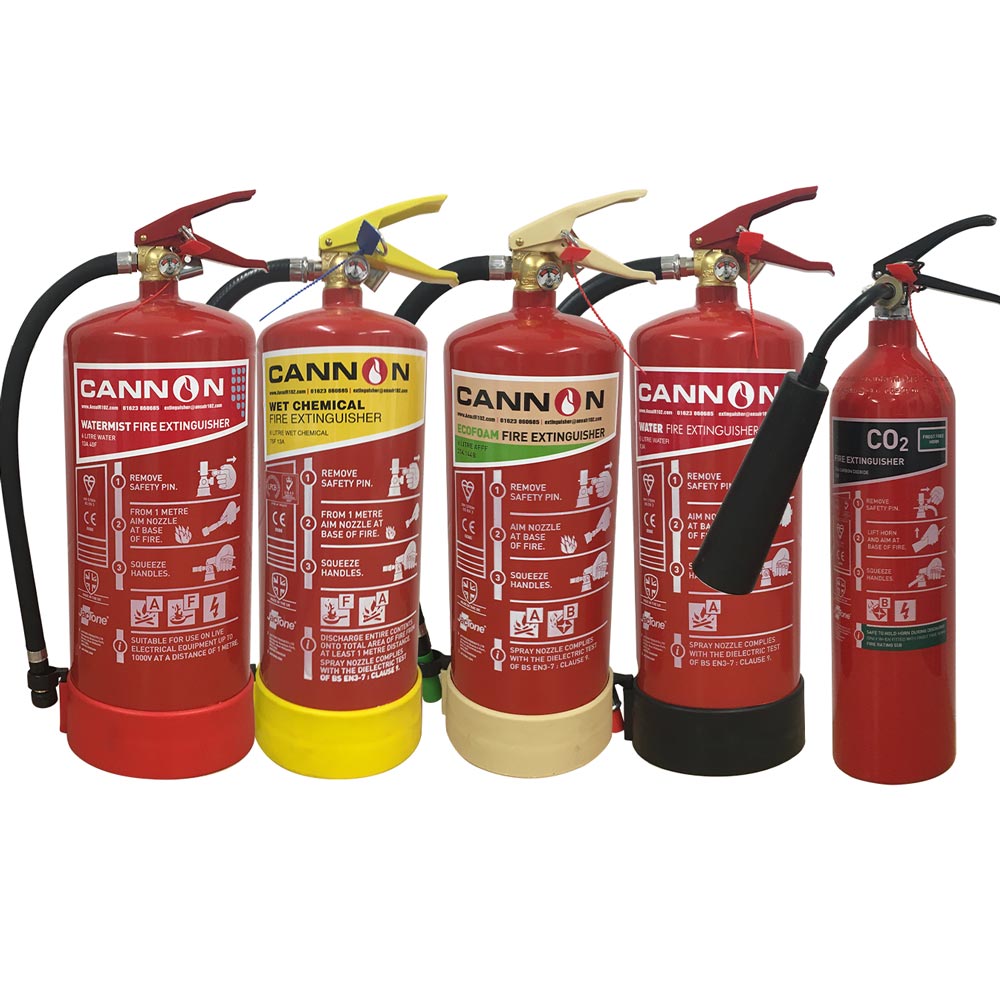 The purpose of the EN3 standard is to ensure that extingushers are fit for purpose, constructed to cope with pressure changes as well as other atmospheric/phycial changes that may prevent an extinguisher from working correctly.

With over 30 years experience, Cannon Fire Protection has developed an excellent reputation within the fire protection industry throughout the United Kingdom and Europe.

EN3 is a European standard for portable fire extinguishers, this standard was set by European Committee for Standardization.

Compliance with the standard is legally required for the construction of all fire extinguishers in the European Union. In the UK this standard is certified by the British Standards Institution.

As the UK’s National Standard’s Body, The BSI certify that product/service is compliant to the standards set by CEN/TC 70.

EN 3 replaces the older BS 5423:1987, which was withdrawn in 1997. Until then the UK had a unique colour coding system to identify the various Fire Extinguishers. BS EN3 requires that at least 95% of the body of the extinguisher MUST be coloured red, allowing only 5% colour coded zones on the extinguisher.

BSI is the business standards company that helps organizations make excellence a habit – all over the world. They are the UK’s National Standard’s Body. Which represents the UK at the International Organization for Standardization (ISO), the International Electrotechnical Commission (IEC) and the European Standards Organizations (CEN, CENELEC and ETSI). Formed in 1901, BSI was the world’s first National Standards Body.